So it has been months, literally, since my last post. I could easily make a thousand excuses and they would all be true at least to some extent. I have been busy. I have had a lot of other things to focus on. I have even started a new fitness regiment that I am loving. Oh... and let's not forget, I wrote another book. And started three others. However, the truth is... I just plain suck. At blogging! I mean, I suck at blogging! I'm fairly good at other things! ;-)
So... I am here today to simply apologize and tell you all I will try to do better. Though, honestly, your best bet is to follow me on Facebook. I'm slightly better at that!

Love ya,
Bree
Posted by Aubrianna Hunter at 1:19 PM No comments:

Have you ever wondered...


As a child you're programmed to immediately respond to those words, and the excitement in the voice saying them, with enthusiasm and excitement of your own. That is the only logical explanation for this co-authoring project. In all seriousness, I had spoken to the man precisely one time... for approximately fifteen to twenty minutes. The next morning, I have an email saying 'I have a great idea... call me'. So, what does it say about me that I did call him?


Jeremy Laszlo is... a little bit crazy, a lot enthusiastic, incredibly creative, highly driven, absurdly focused... Okay, let's be real. He's an insane, sarcastic, ex-marine task master. He doesn't sleep, unless it's to dream up a new story and call some unsuspecting author and drag her in on it before she even has a chance to comprehend what she's just agreed to.


Conveniently, it seems to be a perfect fit for me! I was raised by an ex-marine drill sergeant (Yes, I am aware that is something of a misnomer as there really are no ex-marines...once a marine always a marine), I am sarcastic in my own right and for the most part I can keep up with his insanity, or rather his drive. This works rather well as it means he cannot push me around when it comes to our books. We seem to be a good fit in many other ways as well, bringing out the best in each other. Whereas I focus mainly on characters, Jeremy is always focused on the story, on the details. The man's mind can create a tale so complex it makes your head spin. Since he can also keep up with my sarcasm, and doesn't mind my occasional outbursts (I'd like to think there is a medical reason, but alas there is not), we seem to be a match made in writer's heaven.


Writing this series has been a phenomenal experience, due in no small part to my partner in crime. We have had some rather strange discussions, tons of laughter, and somewhere in the middle of chaos a book appeared. I hope you enjoy reading it half as much as I've enjoyed writing it!


It began as a simple phone call that left me with an inspiration that sparked an idea that lit an inferno in my brain.  Though try as I might, sleep completely escaped me the night after I first spoke with Ted (that’s what I call her, and yes I named her after the bear as she sometimes says less than appropriate things).  A new story was born to me that night in vivid detail, but it was not mine alone to write.  I knew it deep in my gut that Spanky (yes I’ve called her that too) was meant to write this with me.  We needed to combine our writing abilities to write something better… No, something more… More than either of us could have created on our own before this experience.


Aubrianna is a Jedi master of snarky character creation.  Though before meeting her I would have never used the word ‘Snarky’,  you can blame her for that.  She writes with humor and sarcasm to match the best, and can write a sex scene that would make your weird uncle blush.  Yes that one.  Beyond that she is witty and intelligent and I was amazed to find another writer who can (almost) keep up with my pace.  She often joked about me putting my whip away.  But seriously, she writes erotica so we all know she likes the whip.


Though Twinkle Toes and I met only by chance (yes I call her that too….Ok, so I have a thing for nicknames), it felt like a natural partnership almost from day one.  We have discussed everything from smurfs in a blender, to under bed restraint systems and I am comfortable in saying you would be fortunate to meet a person as genuine as she is.  I cannot recall, in my entire life, ever meeting a person so comfortable with their own reality.


After one singular conversation she inspired an entire series of books.  This experience has been so vastly eye opening to me that I cannot even hazard a guess as to where this might lead our writing adventures in the future.  I want to thank her, from the pit of my black soul, for taking my hand on this venture that would frighten lesser women, and thank you all for taking the time to join us on this journey.
Posted by Aubrianna Hunter at 8:30 AM No comments:

So... My previous publisher, Sugar and Spice Press, was kind enough to release my books from contract. That being the case, I am making a few rewrites to Strictly Business and Siochain, doing lots of editing on all three, and changing up the covers. Below is the new an improved cover for You Can't Go Home Again! They are going to be re-released under my new publisher Writer's Edge Publishing, within a couple weeks, hopefully. VERY EXCITED about this.
In the meantime... Take a look at the new cover.....
We decided on a theme! LOL 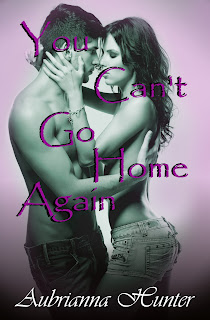 Posted by Aubrianna Hunter at 1:39 PM No comments:

So, we have been messing with this cover for awhile, never quite satisfied with it. We even posted on Facebook to get some reader votes on a couple possibilities... And the consensus is in. We were on the right track, but made some changes. Below you will see the newest cover for Book 1 of The Beyond series I am co-authoring with Jeremy Laszlo. This book is due out supposedly the end of this month, although... It may be February... Depends on how fast we edit! LOL. Anyway, this is what to look for... 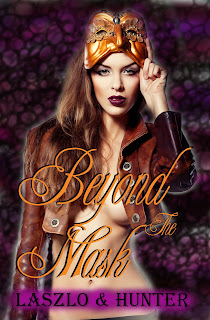 Posted by Aubrianna Hunter at 9:59 AM 3 comments:

Hidden Depths is NOW OUT!!!

Hey folks, check out Amazon to see my newest release... That little teaser I posted a month or so ago, the intro... Well, the book is now available. Let me tell you, if we are going with a warning for steam level, this one is definitely 5 Stars!! Cannot wait to hear what you all think! Feedback is MUCH appreciated.

Hidden Depths - Amazon Link
Posted by Aubrianna Hunter at 9:53 AM No comments:

So, my ingenious co-author thinks it would be a good idea for each of us to write the other person's author bio for our book jacket, suggesting it would be a great way for the readers to gain insight into our true personalities. Now, while I agree with the concept, it would definitely offer insight, I am still trying to figure out... Is that really a good thing? LMAO
Posted by Aubrianna Hunter at 11:08 AM No comments: 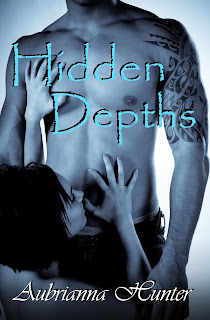 Posted by Aubrianna Hunter at 4:24 PM No comments: